Okay, so here is the long awaited chapter 3 in the What is it? Story! I promise the next chapter will be much more interesting! Still, if you wish to provide me with tips and feedback or prompts for future chapters, please do leave me a comment!

What is it? Chapter 3

“Okay. I’m ready to tell you everything…” Oceana finally agreed. Although she didn’t feel like bringing back all the memories or broach the subject at all, she realised that to the young man…it was important.

“Whenever you’re ready.” The young man said as he spun around in his swivel seat waiting for a response from her, when she finally spoke.

“I was ten years old when I was abducted. I was outside playing with the other kids. I wasn’t supposed to be outside that night as it was a school night, but I wanted to be like the other kids…be cool. At night-time I sneaked out. We were playing football near a ‘No Trespassing’ area.” She smiled as she realised that was one of the last moments of her normal life, before everything took a turn for the worse. She closed her eyes as she imagined the scene playing out in front of her eyes.

“I remember it clearly, one of the kids kicked the ball over the fence into the restricted area. We spent ages arguing who would go over the fence and get the ball back, as there was a dog guarding the area, in the end they chose me to go; since I wanted to prove myself worthy of being cool.”

“Can I just say, you don’t strike me as the kind of girl that likes football. You seem like the violin or clarinet kind of girl.” The young man looked amused and then encouraged her to continue with her story. Oceana stood up and headed over towards the faintly smeared window.

“I ended up climbing the fence and grabbing the ball. I heard the sound of the guard dog snarling and I was petrified. I saw its huge teeth and I felt I was going die that day. The dog charged at me when suddenly I got blinded by this beaming light.”

“So the beam saved you?”

“In a strange kind of way yes, the bright light saved me. What came after that was much worse…” She seemed to be lost in thought when suddenly she turned back around and started to pace the room instead.

“After that, only then did I find out what true pain was. The aliens wanted to learn everything there was about the human anatomy and the brain.”

“They were looking for something?” He questioned.

“I guess so, their search stopped after they got hold of me.”

“I wonder what they found in you which wasn’t in the others?” The young man looked puzzled.

“That is what I’d like to find out too.”

“During my time there, I came across this one alien. She had this mothering quality about her. Whenever I cried or thought of mum and dad; she would come and sit beside me. She would pat my head and in my mind I could hear her singing and humming to soothe my pain away; she never spoke or opened her mouth to talk. In the end she became my mother. In fact she was a mother to everyone in my unit.”

“This nice alien, you think of her as a mother figure?” He inquired.

“Yes. It seemed she had a yearning to be a mother, and we just connected. Whenever I needed her she was always there for me. She is amazing as she communicates through the mind. She never talks. ” Oceana smiled, and then suddenly her smile faded. The young man observed her and seemed very engrossed. He noted she had a charismatic personality.

“Why are you sad all of a sudden?”

“This may seem a bit strange to you, but I miss her.”

“There’s nothing wrong in missing someone, Oceana. It is natural and it is a part of who we are.” He reassured her. Oceana smiled and she sat back down on the bed and looked at the young man. She had her hands on her lap and she leaned forwards.

“I wasn’t the only one that was taken. There were others. They put us into teams and they trained us and taught us. At times it felt like living on earth, we have food, water and clothes; but the housing was like prison cells.”

“What are they training and teaching you to do?” The young man asked as he stood up to stretch his legs. He had enough of sitting down. He went to the window and checked the surroundings. So far they were safe.

“They trained us to fight, taught us everything a normal human child would learn in school.”

The young man turned around to face Oceana, “They trained you to fight? For what exactly?” He asked. A sudden fear began to bubble in his gut and it continued to rise within him.

“Just tell me, I can handle myself.” He said. He began to reflect whether he could actually handle the information he was about to receive. It’s not everyday aliens come to earth! He ended up sitting beside Oceana and took a quick peek at her.

“They want to start a war. They want planet earth for themselves and they are going to use me and others like me to get it. Their planet is slowly dying. And you might also find this a little shocking too. I think the government is helping them. How else do we get food, water and clothes? Aliens don’t know anything about human necessity!”

“So who helped you to escape?”

“Our mother did. She wanted me to come back home. To try and lead a normal life. She didn’t want them to use me. After all she is a mother. She wants the best for her child.”

“Oceana, it could also mean that your mother has just made things worse?”

“What do you mean?” Oceana was disconcerted.

“It means, that instead of delaying the attack on earth, she has just sped it up by making you leave from that place! And maybe this is what they wanted. A good reason to come to earth. You telling me none of this ever crossed your mind?” The young man shot up from his bed and buried his head in his hands as he paced the room. His hands slowly slid away from his face after a minute.

“Why would my mother want to do that for? She loved us!” Oceana was dumbfounded by the allegation and stood up and her eyes welled up with tears ready to pour down her cheeks.

“Oceana, she isn’t a human mother. She is an alien, aliens are super intelligent and manipulative!”

All of a sudden there was loud banging on the front door of the house with a sense of urgency. Oceana and the young man looked at each other and gulped.

Oceana stormed out of the bedroom and tip toed down the staircase towards the main door. The young man pushed past her as he rushed down the stairs. Again there was more loud banging against the door, it seemed like whoever it was, was willing to break down the door.

The young man went to the door and Oceana spotted an old baseball bat sitting in the empty space between the shoe cabinet and the door, she took hold of it and nodded to him to open the door. His hand slowly went for the door handle.

He took in a deep breath and his shaking hand instantly took hold of the handle and he opened the door wide. He stepped back and looked afraid…

So what did you guys think? Did I mention I am writing this story on the go?

Also if you want to give prompts so I can use those to write future chapters, please let me know and I’ll include them 🙂

Recently you might have noticed that I might have dropped off the face of the world for the last few weeks. Well things have just started to get interesting/difficult/and seriously confusing.

Well let’s start from the beginning, since the new year came I decided that I’m no longer going to stick with things that no longer work for me; so in other words out with the old and in with the new. So since my job makes me feel so unhappy, I decided that I would resign. And I have resigned. I feel that if I didn’t take that step I would still be there, stuck there till the day I die, and never leave my comfort zone or become something good that I know is waiting for me.

So ever since then I have been sorting out my resume and starting it from scratch so it is all up-to-date. And I feel proud of myself as resigning is making me push myself for the better. I am starting to feel a lot happier on the inside.

I have been crazily looking into internships! And found a few places I want to try, if it will help to improve my future prospects, then why not?

At the same time, I have been focusing on my writing. My brother also paid for a 3 month subscription to the Writing Magazine (which was a big surprise for me as he got it for me as a Christmas present; and it was the best gift too!) so I get to read about everything related to writing!

The reason why this is also a rather confusing period is because I’m unable to control the way I feel and my emotions, my mind keeps going back to the past when things were so much better and I was better too, but somewhere I seemed to have lost myself and trying to resurrect my old self again. So it is a battle raging deep within me and I really want my mind to guide me for a change. I’ve listened to my heart too much and have gotten nothing out of it.

So this is the reason why I had vanished. And for that I do apologise! I’ll also be uploading chapter 3 of What is it? as well today! I’ll also catch up on the blog reading too 🙂

I think the image basically says it all! To all my fellow bloggers and friends may this year bring you much happiness, joy and that everything you want to achieve be within your grasp. 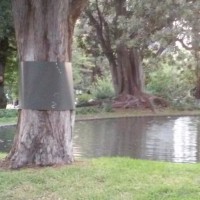 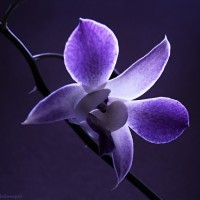 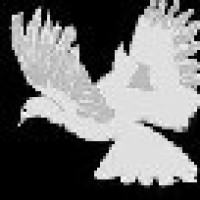 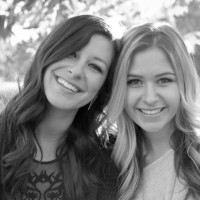 the journey goes on...